Coal mine floor limestone aquifers are a major source of water inrush from the coal seam floor and a serious threat to the safety of coal mining. In order to reduce and avoid the occurrence of water inrush within the coal mine, we use multiple detection techniques, which are geophysical exploration technology, drilling technology, water inrush accidents and tracer test, to develop a multi-faceted exploration of karst development and analyze its development characteristics in the Chaochuan mine No. 1 well. The results show that, the Cambrian limestone (CL) karst water is poor; there is a certain hydraulic connection. Near faults F5, F1, F125, and SF28, the area is less water-rich area, and the deep karst water forms a closed area; 61.54 % of shallow water inrush accidents in the Taiyuan limestone and CL karsts were caused by large tectonic and nearby shallow faults. The karst vertical zonation is shallow; the shallow water level decreased more in the West Wing of the No. 1 well than in the East Wing. 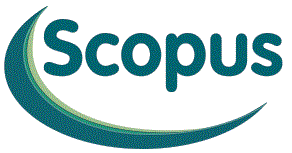